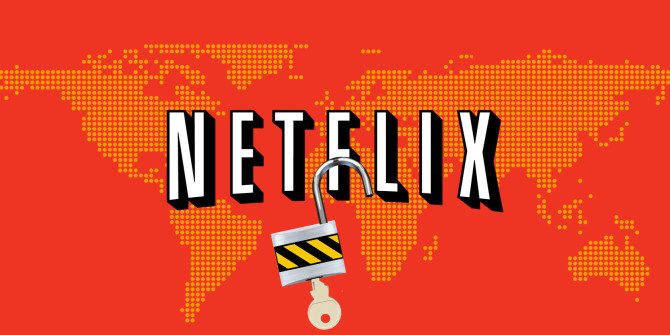 Avast is a cybersecurity software company that researches and develops computer security software, artificial intelligence, and machine learning. On review, it has the largest market share among internet anti-malware application vendors and touts itself as “free antivirus protection that never quits.” Avast has Free Antivirus, ProAntivirus and Internet security (which is recommended for malware detection, Wi-Fi protection, and multi-device safety) and a Virtual Private Network (VPN) called Avast SecureLine Netflix.

VPNs are Virtual Private Networks that enable encryption of internet traffic by redirecting it through a specially configured remote server. In other words, they offer a hack-proof tunnel through which online traffic can flow. They are usually for Private use but in some cases may be used in corporate settings.

Netflix, however, is a streaming service where television shows and movies can be watched anytime without interruptions and commercials, for a fixed fee. It is the most popular streaming site in the world, and new TV shows and movies are added every single week. However, most Netflix content from a particular region or country may not be viewed in another region or country, and that problem may be solved by a VPN.

Speed: The connection speed of this VPN is considered to be very fast, compared to most other VPNs. This has earned it a spot in the top 10 fastest VPN known.

Security: Avast as a brand is known for its military-grade AES 256-bit encryption with 256 referring to the encryption strength. This VPN also offers DNS leak protection which fully ensures personal data does not leak outside its connection without the user realizing it so the user’s true location and browsing activity won’t be discovered.

Logs policy: This VPN claims that no data logs of online activity are kept. However, connection logs which show the time of connection and disconnection to a server, how much bandwidth and even how long connection occurred are stored.

Customer care: Fast customer support through the 24/7 call center. There is also the provision of a Twitter account where complaints can be sent in through direct message.

Usability: It can be used on both desktop and even on mobile devices through the provision of a mobile app for both Android and iOS.

Adware/Malware: It is possible that the VPN which should protect might also carry malicious files. However, this VPN has been certified 100% free from such malware.

Servers: this VPN has just about 55 servers in 34 countries.

Avast SecureLine Netflix VPN is undoubtedly one of the best VPNs. Its speed, security, privacy, and customer care are top-notch and quite enviable. Its ease of use on multiple devices is also well received and is one of the main reasons this VPN is among the top 20 most popular VPNs in the world.

However, it has very few servers, especially compared to the fact that its closest rivals NordVPN and ExpressVPN have over 300 servers. This enables them a better means of circumventing Netflix’s blocks. Avast VPN connection can actually be traced by Netflix at the moment, so it is not ideal to try to stream Netflix using it. Also, it is known to be quite expensive.

Why Netflix Blocks a VPN Provider

If you are using Avast Securline VPN and trying to watch Netflix, you may face issues about blocking a VPN provider. You may want to know the reason why Netflix blocks a VPN provider. If your Avast VPN is not working with Netflix, the reason behind is that Avast Secureline VPN servers are sharing a restricted number of IP addresses with other VPN users.

When various users share the same IP address and try to reach the Netflix server, Netflix knows that all of those users are utilizing a VPN and blocks them. You will see, at first, the Avast Secureline VPN was working good with Netflix, but after some time it was blocked.

The actual reason behind blocking VPN providers is Netflix’s licensing agreement with television networks and movie studios that need them to block the users who try to access the content from outside of the licensed location. It means that your favorite TV series or film may not be available in your residing country.

Content owners and movie studios should make their content available to all the users who are willing to pay for it irrespective of location. It would be great if they come into the 21st century with others, but they are still consistent in their old ways.

If your Avast Secureline fails with Netflix, you should give a try to one of our recommended VPN providers. Here are the three best alternative VPN service providers for Netflix if Avast VPN Netflix fails.

NordVPN is an excellent VPN provider for all types of users. It has a clean user interface, great support, no-log policy, and a wide range of server areas throughout the world. NordVPN also offers unlimited bandwidth, which makes it perfect for a VPN for Netflix.

It is one of the best VPN service providers in the market with excellent connection speed, no-log policy, unlimited bandwidth, and robust encryption. Suites entirely to watch and unblock Netflix.

Try one of these alternatives if your avast VPN blocked by Netflix. There is a 30-days money-back guarantee, so you will not lose anything. You can unblock Netflix in many countries using above mentioned VPN service providers. Also, you will have the option to choose another IP address if it will be blocked.

The Avast SecureLine Netflix VPN has safety, speed, and popularity on its side. It cannot, however, be used for Netflix streaming presently and if that is a priority, then this is not the VPN to go for. It is believed that in the near future, Avast would find a solution to its inability to unblock Netflix problem.